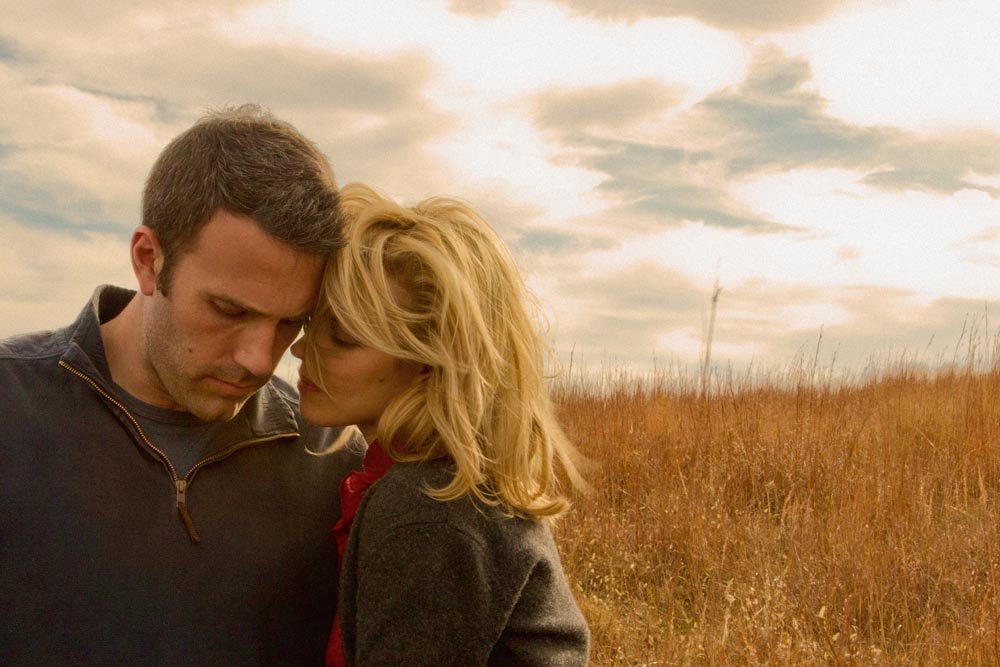 Chances are, you'll have heard that we can now look forward to not just two but four new films from Terrence Malick. FilmNation, which handles international sales and distribution for Malick, sprang the surprise yesterday: Lawless will star Ryan Gosling, Christian Bale, Cate Blanchett, Rooney Mara and Haley Bennett, while Knight of Cups will feature Bale, Blanchett and Isabel Lucas. Peter Knegt has the press release at indieWIRE, but basically, that's about all we know. Still, it's enough for now to chew on the news that the man who directed five features in 38 years is now working to have nearly as many out within the next two or three.

As for other two films, to recap, the first is Voyage of Time, a documentary companion to The Tree of Life narrated by Brad Pitt which will "display 'the whole of time, from the birth of the universe to its final collapse,' according to a confidential outline," as John Horn reported in the Los Angeles Times back in May. "A team of more than 20 advisors will 'ensure the film is both aesthetically unique and scientifically accurate.' According to a treatment for the documentary, Voyage of Time will cover the first signs of life, bacteria, cellular pioneers, first love, consciousness, the ascent of humanity, life and death and the end of the universe. The business plan, heavily illustrated with images of jellyfish, crocodile embryo, nebular clouds, a slot canyon in Utah and Jupiter's moon Ganymede, includes testimonial letters from Francis Ford Coppola, Martin Scorsese and Steven Spielberg, who promises that Voyage of Time will 'be a memorable combination of art and science that will inspire as well as educate.'"

Yesterday, the LAT's Steven Zeitchik reported that Malick is editing the narrative feature once known as The Burial and, having spoken with a couple of anonymous sources, Zeitchik presents a "breakdown, with the caveat that things could change drastically from script to screen (on Tree, Malick would sometimes rewrite scenes on the day of the shoot). Basically, it concerns a philanderer ([Ben] Affleck) who, feeling at loose ends, travels to Paris, where he enters a hot-and-heavy affair with a European woman (Olga Kurylenko). Said Lothario returns home to Oklahoma, where he marries the European woman (in part for visa reasons). When the relationship founders, he rekindles a romance with a hometown girl (Rachel McAdams) with whom he's had a long history. According to the person who read the script, there's a bit of a happier ending than some other Malick movies (or at least a less ambiguous one than at the end of Tree). And a person who saw the footage said there's also the trademark visual showiness — shots of Affleck and McAdams in Malick's trademark man-in-nature style — as well as intriguing supporting actors: Javier Bardem, for instance, plays a priest whom Affleck's Lothario visits for advice."

So, on to other news. In a Guardian slide show, Lewis Klahr discusses some of his favorite images from his new feature, The Pettifogger.

J Hoberman's got a new site and Offscreen has a new issue, "Independent Cinema."

The only DVD roundup you need this week is Richard Corliss's in Time, where he recommends the Jean Harlow 100th Anniversary Collection, The Essential Daffy Duck and Alex Gibney's Magic Trip: Ken Kesey's Search for a Kool Place.﻿

For news and tips throughout the day every day, follow @thedailyMUBI on Twitter and/or the RSS feed.﻿﻿