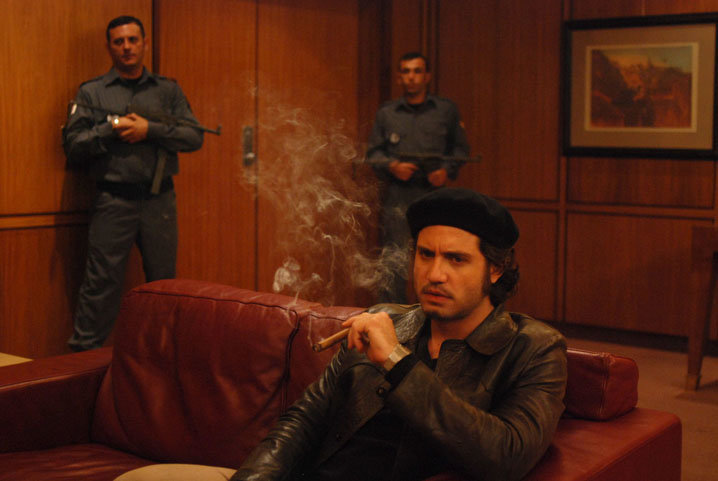 How odd it is to go to the trouble of polling over 100 critics and tabulating the results only to announce your big year-end lists on a Friday evening when just about everyone but a pathetically obsessive criticism jockey (drawn back to his keyboard after midnight, European time, no less) has gone out for the weekend. And to make that announcement via a press release — which doesn't link back to those lists on your own site because they have not yet been posted on your own site.

Don't get me wrong. I respect and appreciate the Film Society of Lincoln Center and consider Eugene Hernandez a friend. But as the Society's newly appointed Director of Digital Strategy, he does have his work cut out for him. That said, we know that when Film Comment does get around to posting the results of its poll, it'll likely be a package that includes commentary along with the ballots, making it as deep and enjoyable a holiday read as Sight & Sound's. To the results... 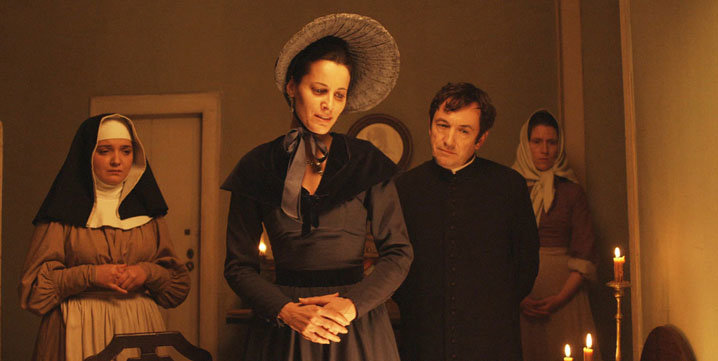 Ruiz's Mysteries of Lisbon (#6 on the Unreleased list) has won the prestigious Louis Delluc Prize. For details and commentary, turn to Eric Lavallee (ioncinema), Guy Lodge (In Contention) and Nancy Tartaglione (Screen).

Just as, in his list for the New York Times noted yesterday, AO Scott returned to a theme that's been on his mind this year ("How Real Does It Feel?"), so, too, does Manohla Dargis in hers today: "[E]ven as digital supplants celluloid (and almost every film now involves some kind of digital processing), it can be difficult to gauge what has been lost or gained. Some of this year's most acclaimed and talked-over movies, for starters, including The Social Network, Black Swan and Tiny Furniture, were either partly or wholly shot in digital. It's no wonder that more than a third of my 30 favorites this year — because, really, why stop at 10? — were a combination of the two. Does it matter?... You may not miss the battered and scratched and badly projected film prints of the good old grindhouse days, but, much like those who prefer vinyl records over CDs, you may soon miss something else: an image with depth and warmth, however attenuated by abuse."

Her 30, by the way, are in no particular order, and most of them, naturally, have landed on one or the other of Film Comment's lists. Should be mentioned, though, that she gives a nice shout-out to Nathaniel Dorsky.

The NYT's Stephen Holden introduces his list: "Capitalism and con artistry: the economic catastrophe we faced in 2008 may have been avoided, at least for now. But it left behind a reservoir of dread and cynicism that have seeped into every corner of American life, even the movies. That unease found its way into one 2010 megahit, Christopher Nolan's diabolical Inception [his #3]. However convoluted and impenetrable, this cinematic labyrinth sabotages the very idea of reality with its notion of dream invasion, theft and implantation."

His #1 film of the year is The Social Network, as it is for the Chicago Sun-Times' Roger Ebert: "Here is a film about how people relate to their corporate roles and demographic groups rather than to each other as human beings. That's the fascination for me; not the rise of social networks but the lives of those who are socially networked."

Before we go any further, let's mention the list that everyone else has been mentioning, Mark Lisanti's rather brilliant McSweeney's-esque "The Ten Best Films Of 2010, In No Particular Order."

Dan Callahan at the House Next Door: "I never wanted to write one of those pieces that begin, '2010 was the year of the underdog,' or '2010 was all about chairs,' etc, but I have some specific problems with the movies that are rising to the top for awards nominations, and I think the problems I have might be germane to a more general discussion of what's wrong with our movies at this point in time. And by 'our' movies, I mean mainly American films produced by some 'independent' branch of a big studio." And he focuses on three in particular: The Social Network, Black Swan and The Kids Are All Right.

For In Contention's Kristopher Tapley, the Best Picture of the year is Exit Through the Gift Shop. Wildgrounds, devoted to "treasures of Asian cinema," lists its tops and flops of 2010. David Lowery has a top 2. And if you're wondering how your own favorite is faring when you average all these lists, Movie City News has been tracking all the hot critical action on a great big master chart. They've also got all the latest on the various critics' groups' awards.

Luke McKernan looks back on the year in silent cinema at the Bioscope: "There were three really big stories in 2010. For many of us, the most welcome news story of this or any other year was the honorary Oscar that went to Kevin Brownlow for a lifetime dedicated to the cause of silent films. The restored Metropolis had its premiere in a wintry Berlin in February. It has now been screened acround the world and issued on DVD and Blu-Ray. And there was the sensational discovery by Paul E Gierucki of A Thief Catcher, a previously unknown appearance by Chaplin in a 1914 Keystone film, which was premiered at Slapsticon in June."

"Great movies are a great pleasure, but great scenes and sequences are a joy as well," writes Matt Zoller Seitz at Salon. "Next week I'll be counting down my favorite movie scenes of 2010 (with videos of each scene), but to whet your appetite, I've put together a few of my favorite scenes of all time in this slide show, along with some analysis of why I think they make such a powerful impression."

Pitchfork's "Top 50 Albums of 2010" is a worthy distraction. In the Los Angeles Times, David Ulin selects his favorite books of the year.

Andy Warhol: Motion Pictures opens at MoMA tomorrow. While you wait, you can create your own Screen Test.

"Don Van Vliet, who became a rock legend as Captain Beefheart, died today," reported Maura Johnston last night in an entry that's become a portal onto Rolling Stone's coverage of the incredibly influential artist over the years. Momus: "An American Mark E Smith (but wilder), a less sentimental Tom Waits, a singing Philip Guston, Beefheart was a sexy desert-dwelling polymath, a singer-painter-poet capable of creating a completely new context for himself, a completely new idiom." He "was the kind of artist who didn't have fans: he had acolytes," writes Phil Nugent. Suggested viewing (12'34"). Some YoYo Stuff: An observation of the observations of Don Van Vliet by Anton Corbijn (1993) at Ubuweb. Update: Glenn Kenny's just posted his appreciation. That'll be a must-read.