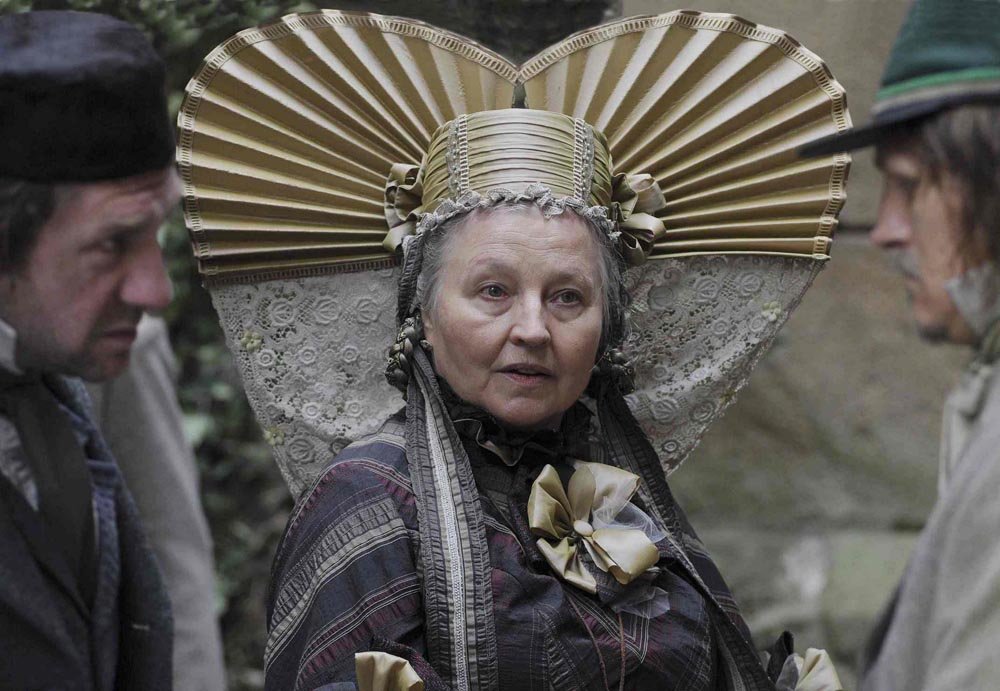 Aleksandr Sokurov's Faust has won the Golden Lion at this year's Venice Film Festival. Now's a good time to catch up with Daniel Kasman's review.

The Osella for Best Screenplay goes to Giorgos Lanthimos and Efthymis Filippou﻿ for Alps. (Roundup and Daniel Kasman's review.)

The Orizzonti Jury, chaired by Jia Zhangke, has presented the award for a feature-length film to Shinya Tsukamoto's Kotoko: "This film moves freely through numerous genres to create an impressive representation of a woman’s fragile psychological state, a deeply disturbing meditation on loneliness and the contemporary urban experience. Shinya Tsukamoto has crafted a powerful visual language to enter into the mind of his protagonist."

A Special Orizzonti Jury Prize goes to Michael Glawogger's Whores' Glory (roundup): "The oldest profession becomes a mirror to a global labyrinth of sex and commerce that Glawogger captures with stunning visual eloquence and precision. Prostitutes in Bangkok, Bangladesh and Mexico are filmed with dignity and respect, detailing the complex spatial politics and social issues generated by globalization."

The Orizzonti Award for a short film goes to Felice D'Agostino and Arturo Lavorato's In attesa dell'avvento﻿. For a medium-length film: Mauro Andrizzi's Accidentes gloriosos.

Special mentions: Tusi Tamasese's The Orator and Charles Lim Yi Yong's All the Lines Flow Out.

And here's the ceremony:

In the the Controcampo Italiano section, the Controcampo Award for a narrative feature went to Francesco Bruni's Scialla! on Thursday. The jury, presided by Stefano Incerti, also recognized Fiorella Infascelli's documentary Pugni chiusi and Jonas Carpignano's short A Chjàna. "The Jury also awarded a Special Mention to the documentary Black Block by Carlo Augusto Bachschmidt and to Francesco Di Giacomo for the photography of Pugni chiusi."﻿

And then there are the awards presented autonomously by various film organizations and film critics' associations:

Brian Award
to The Ides of March by George Clooney

Open Award
to Marco Müller, director of the Festival

Venice 2011: The Index to all our reviews and coverage of the coverage. For news and tips throughout the day every day, follow @thedailyMUBI on Twitter and/or the RSS feed.﻿