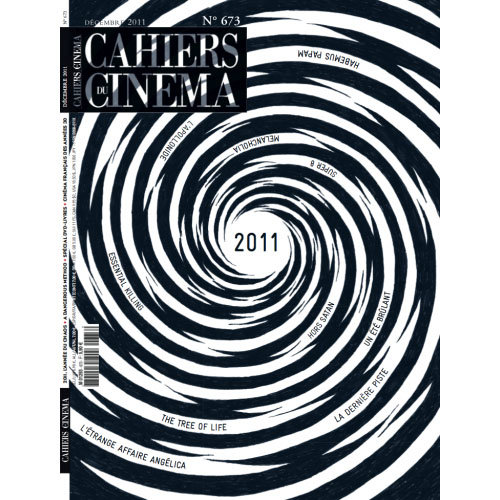 The actual list of the top ten films as chosen by the editors of Cahiers du Cinéma is not online, but the cover of the December issue with the ten titles swirling in some sort of electrified vortex into or out of "2011" is. I've looked around for the order and, if and when I find it, I'll revise accordingly, but for now, in alphabetical order:

Update: Thanks to Dimitri Biniaris, we now have the proper order — quite a few ties here. See his comment below.﻿

David Edelstein's year-end list of ten films is alphabetical, too, so, as it happens, it begins and ends with Spielberg, running from The Adventures of Tintin through War Horse. The list is part of New York's "Year in Culture" package and is accompanied by a brief piece in which Edelstein addresses the question, "What does it mean that the world ends again and again onscreen?," and a briefer one that finds him exclaiming, "Curse you, Meryl Streep!"

The Guardian is running a big batch of its critics' "cultural highlights 2011," including Peter Bradshaw's lists of the best films, directors and so on. Hard to tell if these lists are meant to be in order, but if so, he quite likes Michel Hazanavicius and The Artist. More interestingly, Margaret comes in at #2 but Kenneth Lonergan doesn't make the list of best directors. 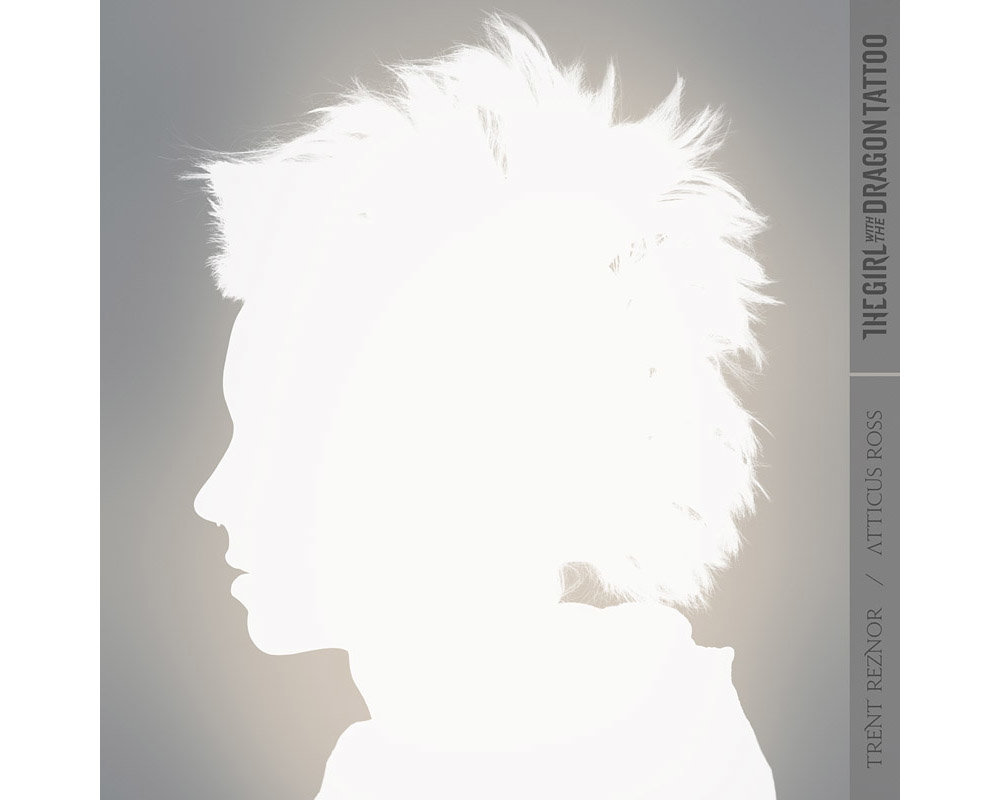 In other news. David Denby's review of David Fincher's The Girl with the Dragon Tattoo is not online [Update: It's now publicly available], but it's out in print in this week's New Yorker and that has ticked off producer Scott Rudin. Sony showed the film to members of the New York Film Critics Circle on the condition that they would honor the review embargo date, December 13. In an exchange between the producer and the reviewer, Denby argues that the embargo put a crimp on the magazine's editorial calendar, and besides, his review is positive. Rudin: "I appreciate all of this, David, but you simply have to be good for your word. Your seeing the movie was conditional on your honoring the embargo, which you agreed to do. The needs of the magazine cannot trump your word."

The Playlist has the full exchange and a string of comments follows; Anne Thompson predicts we'll see other reviewers breaking the embargo soon enough.﻿

Meantime, as Angela Watercutter reports for Wired, you can download a free 35-minute, six-track sampler of Trent Reznor's score. "But wait, there's more!"﻿

2011 Awards and Lists Index.﻿ For news and tips throughout the day every day, follow @thedailyMUBI on Twitter and/or the RSS feed.﻿﻿﻿﻿﻿﻿﻿﻿﻿