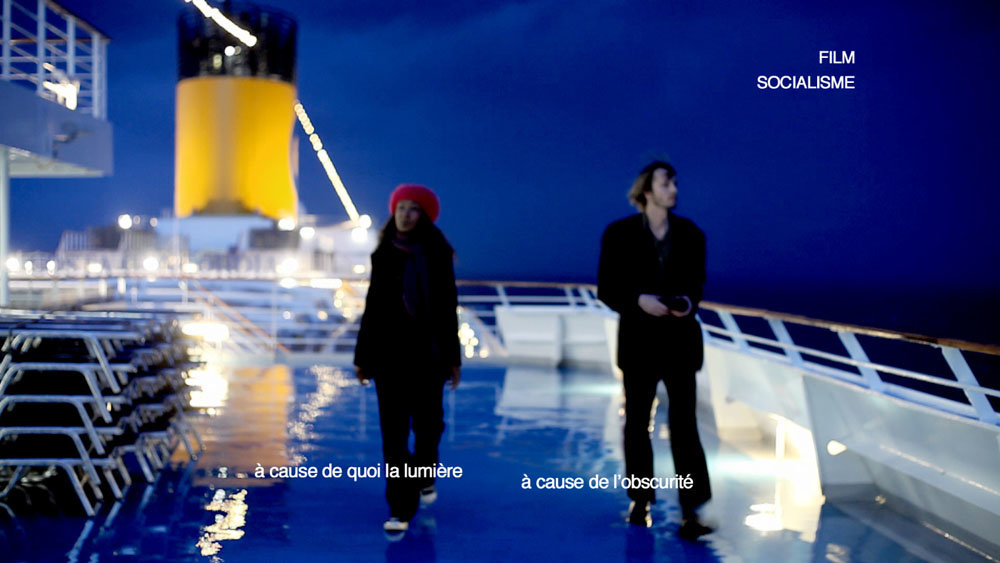 If the Costa Concordia, which ran aground off the west coast of Italy last night, looks familiar to you, it's likely that it's because it's the cruise ship that's the setting for the first movement of Jean-Luc Godard's Film socialisme ("It's less a tourist cruise than an international summit of bastards," wrote David Phelps in June). The accident, which cost the lives of three people and injured many more (and around 40 of the 4000 passengers are still missing), occurred on the same evening that a rogue vigilante group going by the name of Standard and Poor's downgraded the credit ratings of nine eurozone countries.

Which brings us to our first set of DVDs. A Forum topic on Artificial Eye's release of its Theo Angelopoulos Collection has been rumbling along for half a year now and, with the third volume coming out next month, David Jenkins has a good long talk with the 76-year-old filmmaker for Sight & Sound (Matthew Thrift spoke with him last month). We learn that his next film, The Other Sea, will be, as he puts it himself, "based on the political realities of the now, both here in Greece and across Europe…. I don't think the problems of the present are necessarily financial problems, but a general lack of values. This new film talks about a closed horizon. As a country, it's like we're all sitting in a closed waiting room, and we have no idea what's going to happen when that door is finally opened."

"Raro Video, the American branch of Italy's most prestigious home-video company, has just released [Alberto Lattuada's] Il Cappotto [1952], in a finely restored edition, and it is a small marvel," writes Dave Kehr in the New York Times, "a sharply satirical transposition of [Gogol's short story "The Overcoat"] to a nameless northern Italian city, set just as the country was recovering from the wounds of World War II but before the economic miracle, Il Boom, that transformed Italy's vestiges of feudalism into a modern, industrial state."

On Tuesday, Criterion will release Eclipse Series 31: Three Popular Films by Jean-Pierre Gorin and, for Artforum, Darrell Hartman reviews Poto and Cabengo (1978), Routine Pleasures (1986) and My Crasy Life (1992), "stories from the fringes of American culture, told by a guy who refuses to tell them the way anyone else would. Gorin's digressive, liberated take on the documentary 'reads' more like an essay or a diary than like journalism."

In Slant, Jaime N Christley reviews Zeitgeist's release of Hong Sang-soo's Night and Day (2008) and HBO Home Video's package for Todd Haynes's Mildred Pierce and Budd Wilkins: "The Man from London [2007] may be a lesser work from Béla Tarr, but masterful direction and austere cinematography, not to mention Zeitgeist's top-notch transfer, make it an indelible, if occasionally exhausting, experience."

Recommending The Lost Films of Laurel and Hardy, Peter Bogdanovich looks back on his 1968 interview with Leo McCarey. 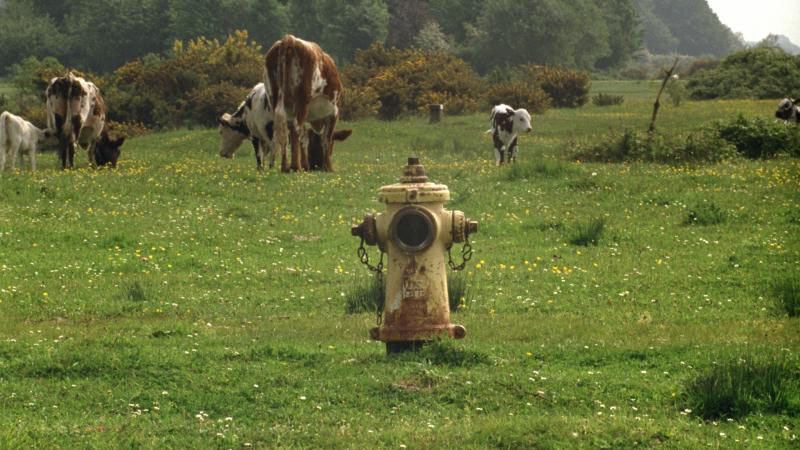 New York. "Great cities inspire elaborate laments, and British avant-garde filmmaker Patrick Keiller might be the poet laureate of the form," writes Mark Holcomb in the Voice. "His Robinson trilogy — London (1994), Robinson in Space (1997), and Robinson in Ruins (2010), which makes its US theatrical premiere in Anthology's Keiller retrospective — is a rigorous, agile, scathingly funny reckoning with a city and society in the last stages of decline." Through Wednesday. More from Benjamin Mercer (L) and Andy Webster (NYT) — and Alt Screen's got another one of its big strong roundups. Earlier: the NYFF 2010 roundup on Ruins.

Bay Area. The Pacific Film Archive's retrospective Howard Hawks: The Measure of Man, on through April 17, is "thorough if not quite exhaustive," writes Dennis Harvey. "It reaches from his earliest extant feature (1926 comedy Fig Leaves) to his penultimate ('67 John Wayne horse opera El Dorado). Between, there's an almost staggering array of gems, more than any one life's work should encompass: the seminal gangster flick (1932's Scarface); deathless screwball classics Twentieth Century (1934), Bringing Up Baby (1938), His Girl Friday (1940), and Ball of Fire (1941); war epics (1930's The Dawn Patrol, 1941's Sergeant York); Western totems Red River (1948) and Rio Bravo (1959); setting the standard for cinematic sexual cool via the invention of Bogart and Bacall (1944's To Have and Have Not, 1945's The Big Sleep). Hawks wasn't particularly attracted to musicals or sci-fi. Yet he made one of the all-time most enduring titles in each category, Gentlemen Prefer Blondes (1953) and The Thing from Another World (1951, with 'official' directing credit going to Christian Nyby)."

Also in the Bay Guardian, Nicole Gluckstern notes that this year's third and final edition of German Gems, running this weekend, "deals overwhelmingly with the impacts and lingering reverberations of loss."

Brian Darr's asking Bay Area cinephiles to tell him about their repertory and revival screening highlights of 2011.

Today's only other list comes from Quentin Tarantino. Anne Thompson spotted it at the Tarantino Archives. His #1? Woody Allen's Midnight in Paris.

In the works. Back to Mildred Pierce for two moments. The project that Todd Haynes is working on now with writer Jon Raymond "will take an in-depth look at the values and opinions of Middle America, and examine them within the context of our current political climate," reports Todd Gilchrist, who's spoken with Haynes for the Playlist: "'It's sort of about the great middle of this country and their sort of suspicions about government,' he revealed. 'And how that keeps clicking into conservative politics and the way the right makes use of those uncertainties.'"

Also at the Playlist, Oliver Lyttelton reports that Kate Winslet has signed on to star in Kenneth Branagh's adaptation (written by Don Roos) of Mary Ann Shaffer and Annie Burrows's bestselling novel The Guernsey Literary and Potato Peel Pie Society. 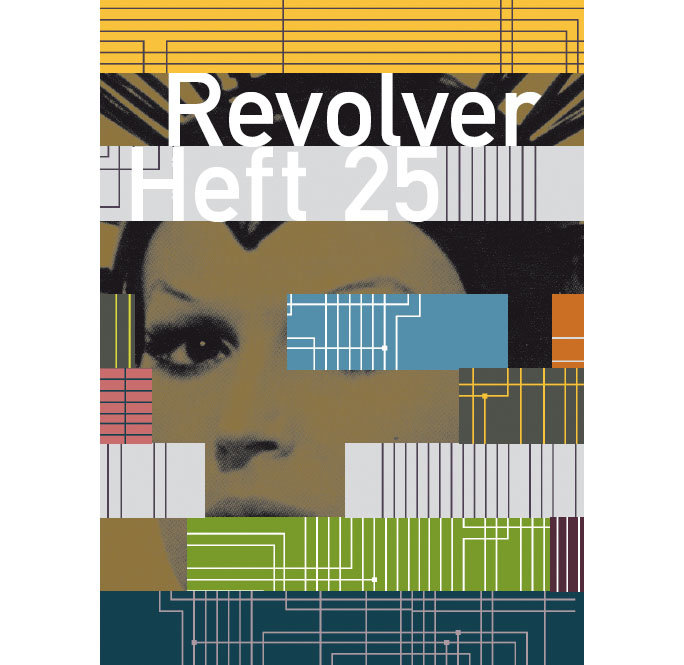