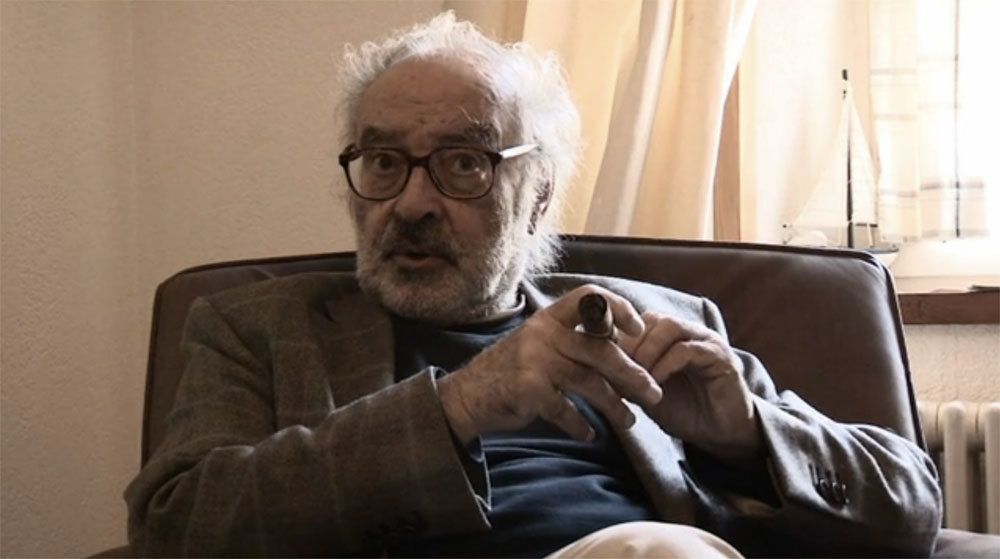 Jean-Luc Godard and Marcel Ophüls evidently covered quite a lot of ground in two public discussions that took place in 2002 and 2009, now collected in Dialogues sur le cinéma, a book published in France last week. The New Yorker's Richard Brody posts a round of first impressions, noting that the two filmmakers discuss Ophüls's father, Max, the political implications of cinema and a project they considered collaborating on, either about what "Being Jewish" means (to hear Godard tell it) or about Israel and Palestine (Ophüls's understanding): "In a brief afterword, the book's editor, Vincent Lowy, explains that Godard wrote to Ophüls in January, 2010, proposing a specific three-part film: the first part directed by Ophüls; the second part, Godard's response; the third, Ophüls's response to Godard's response. 'Jean-Luc Godard even specified, in this letter, the title that he'd have given the film: Adieu au langage.' That is, of course, the title of the film that Godard recently finished filming."

Godard will also be contributing to an omnibus film celebrating Guimarães, a town in northern Portugal, as the European Capital of Culture 2012. Alt Film Guide's Andre Soares reports that the other filmmakers involved include Aki Kaurismäki, Manoel de Oliveira, Pedro Costa and Victor Erice.

And Craig Keller's posted a new video interview with Godard in which he discusses authors' rights in the digital age. In French, no subtitles, 3'31".

In the works. Back to Andre Soares in the Alt Film Guide, where he notes that Raúl Ruiz's widow, Valeria Sarmiento couldn't make it to Rotterdam for the tribute to her late husband because she's completing what was to have been his next project: "Set at the time of one of the various Napoleonic Wars, when French forces tried to invade Portugal, Lines of Wellington — somewhat ironically — features a mostly French cast playing mostly Portuguese characters: Catherine Deneuve, Isabelle Huppert, Mathieu Amalric, Marisa Paredes, Chiara Mastroianni, Michel Piccoli, Elsa Zylberstein, Vincent Lindon, the aforementioned Melvil Poupaud, and John Malkovich as General Wellington. Carlos Saboga penned the screenplay."

Sean O'Neal's headline at the AV Club says it all: "Kate Winslet won't be in Charlie Kaufman's Frank or Francis after all, but Elizabeth Banks and Paul Reubens will be."

Awards. Michel Hazanavicius won the Directors Guild of America's Outstanding Directorial Achievement in Feature Film for The Artist and the Documentary award goes to James Marsh for Project Nim. And The Help has cleaned up at the Screen Actors Guild Awards. Meantime, the great Skandies countdown begins. 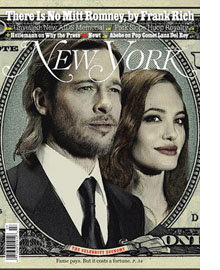 Reading. Ronald Bergan for the Arts Desk on the Eiffel Tower and cinema, both about the same age now and both "offsprings of mechanical art." … In the New York Times, Brooks Barnes previews Full Service: My Adventures in Hollywood and the Secret Sex Lives of the Stars, a forthcoming memoir by Scotty Bowers: "Back in a more golden age of Hollywood, a guy named Scotty, a former Marine, was said to have run a type of prostitution ring for gay and bisexual men in the film industry, including A-listers like Cary Grant, George Cukor and Rock Hudson, and even arranged sexual liaisons for actresses like Vivien Leigh and Katharine Hepburn." … Mark Harris opens New York's package on "The Celebrity Economy" … David Bordwell on the state of the art house.

Campaign. Alt Screen, New York's excellent hub of info, roundups and reviews of films screening in the city, has fired up a rather amazing Kickstarter campaign. Rather amazing, that is, for the rewards. Take a look at those "Magnets of Suspense."

Obit. "Dimitra Arliss, who played a hired killer alongside Robert Redford and Paul Newman in the caper comedy The Sting, has died in Los Angeles," reports the AP. She was 79.