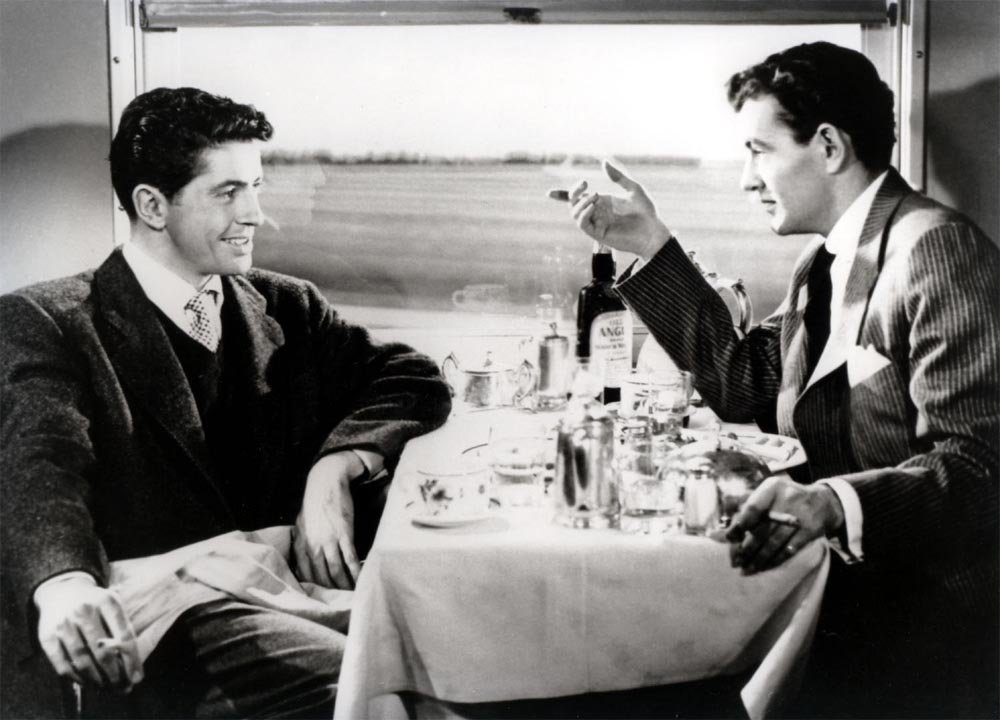 A very brief one indeed today, but I did want to help get word out there that the Hitchcock for the Holidays series is running at Chicago's Music Box Theatre through January 4. Ben Sachs in the Reader: "The films have been organized into five thematically-joined double features, making it easier for aspiring scholars to chart the development of key ideas across different periods of Hitchcock's career. The most inspired pairing may be Rope with Strangers on a Train (on December 27 & 28), which contain the strongest gay subtext of any Hitchcock films (Farley Granger, the bisexual star of both films, has interesting things to say about them in his autobiography Include Me Out); though the back-to-back screenings of Rear Window and Rebecca (on December 25 & 26) should bring out the romanticism of the former and the voyeurism of the latter."

Lists. "Once again, endless CGI sequels, formulaic romantic comedies, and 'origin stories' about guys in tights drifted into theaters, highlighting an ever-more-impressive gap between money spent and fucks given." But Phil Nugent and Andrew Osborne forge ahead, listing "Nerve's 15 Best Movies of 2011." Quite a surprise at #1: Michael Winterbottom's The Trip.

At IFC, Matt Singer's top film isn't a surprise (Jeff Nichols's Take Shelter) but his #2 is: Kim Ji-woon's I Saw the Devil.