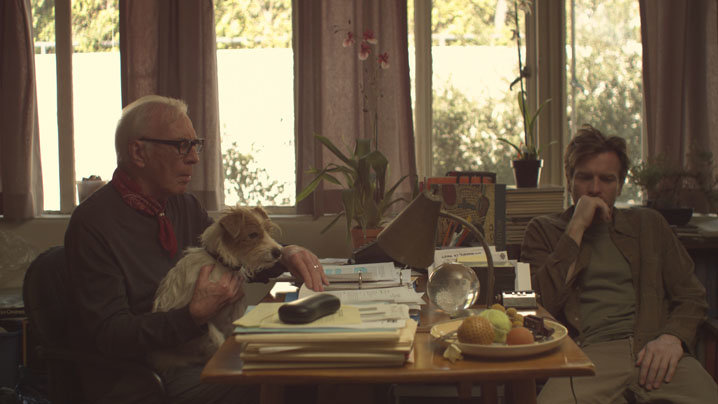 "Pumping the same veins as countless quirky-dreary Amerindies (sick parents, gay parents, arrested development, vintage fetishism, dirty-haired girls as feminine ideals, anthropomorphized animals, eccentrics in love), Beginners is made with a sensitivity to real-world human behavior that elevates it far above the usual pablum," blogs Karina Longworth for the Voice. "Shot in unusual LA locations on the RED in a muted but wildly variant palette, it looks fantastic. But it's all just a little too nice — it goes for damp eyes and stops, without drawing blood."

"Oliver (Ewan McGregor) is reevaluating the impression he formed of his parents' marriage, and the shape he's in as a result," writes Michelle Orange for Movieline. "Mills evokes both the spectrum and the fluidity of memory with a constant movement in time between Oliver two months after his father's death and the time that directly preceded it. In those years — the four years following his mother's death — his father (played with warmth and woolly dignity by Christopher Plummer) announced that he was, is and always has been gay, and in his remaining years he intends to do something about it. Cowed by his parents' strange and unsatisfying marriage (which Mills also flashes back to, mainly to evoke the relationship between the very young Oliver and his disappointed, eccentric mother, beautifully played by Mary Page Keller), Oliver at 38 is a skittish serial monogamist only too ready to rule a woman out. Watching the vigor with which his father sets out to finally address his loneliness and assert his identity only seems to depress him further."

IndieWIRE's Peter Knegt talks with Mills: "As a son of a man who pretended to be one thing for 33 years of my life and then was another thing, the questions of 'what is real' and 'what is not real' are very blurrily vivid to me. And that became a big part of the whole story."

"In a style that warrants comparisons to Charlie Kaufman, Michel Gondry and wife Miranda July (whose playful, intimacy-oriented sensibility can be detected throughout), Mills breaks from conventional story structure," writes Peter Debruge in Variety. "In another director's hands, this might have all been come across as suffocatingly twee, from this semi-contrived meet-cute to the many self-conscious details presented throughout (including frequent glimpses of the director's own artwork and a Jack Russell terrier who communicates via subtitles). But Mills isn't attempting to manipulate auds here; rather, he lays himself bare, offering an open-book glimpse into the thorny nature of contemporary relationships, which enjoy a certain luxury of complexity unshared by earlier generations. 'Our good fortune allowed us to feel a sadness our parents didn't have time for,' Oliver notes in voiceover."

More from Kirk Honeycutt (Hollywood Reporter), Eric Kohn (indieWIRE) and Eric Lavallee (Ioncinema). For the Los Angeles Times, Mark Olsen talks with Mills and the cast: "McGregor described Mills as 'the director I've been looking for for a long time,' no minor statement from an actor who has worked with, among others, Roman Polanski, Woody Allen, George Lucas and Michael Bay. McGregor likened his working relationship with Mills to the one he had early in his career with Danny Boyle, when they made three films together."


Beginners Clip - Ask me Anything

Beginners screens in Toronto once more on Sunday.