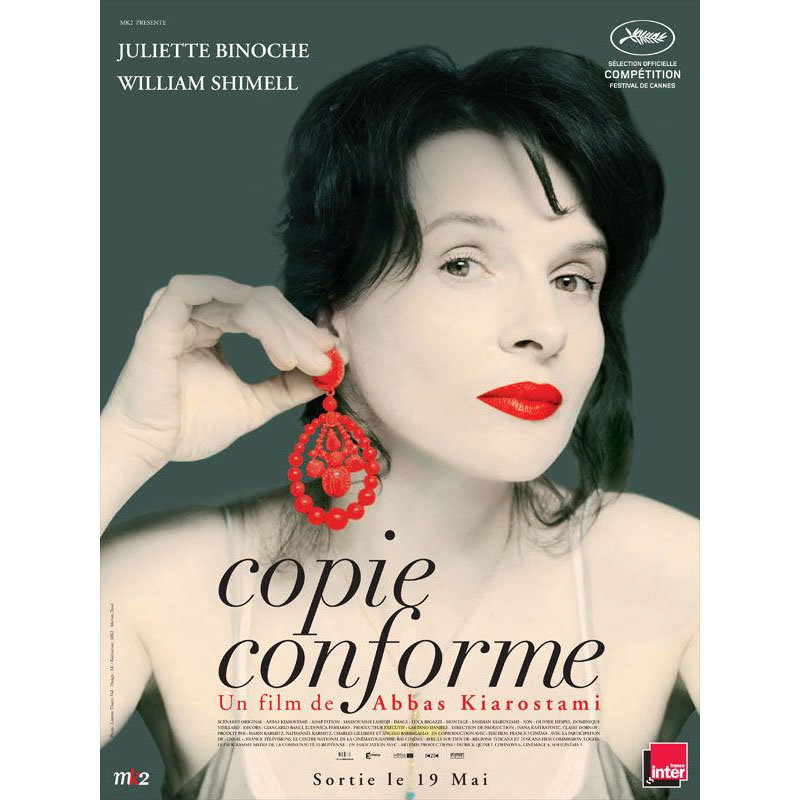 Slant's is, of course, the big list to appear since the last Briefing. From Nick Schager's introduction to the countdown of their collective top 25: "The auteurs had it in 2011, which delivered such a feast of fantastic domestic and international cinema that it's difficult to remember a year in which it was harder to compile a consensus Top 25. Nonetheless, best-of-year rankings wait for no critic, and our list is practically overflowing with films by young and old masters at the apex of their games, be it Terrence Malick's sumptuous spiritual odyssey The Tree of Life, Edward Yang's long-unreleased 1991 classic A Brighter Summer Day, or Abbas Kiarostami's formalist masterwork Certified Copy." Which lands at #1. At the House Next Door, you can scan the titles that came in between #26 and #50 as well as the individual ballots by Schager, Ed Gonzalez, Andrew Schenker, Jaime N Christley, Bill Weber, Jesse Cataldo, Glenn Heath Jr, Chuck Bowen, Diego Costa and Simon Abrams.

In the new issue of Frieze, Thomas Beard and Emilie Bickerton survey the "best movies and artists' films of 2011," with Beard focusing on repertory highlights, particularly programs in Los Angeles and New York that "remind us that cinema's competing historical narratives remain ripe for revision," and Bickerton championing Wim Wenders's Pina and Raúl Ruiz's Mysteries of Lisbon. (Also in this issue: Paul Teasdale on Moyra Davey﻿ and Max Andrews on Duncan Campbell﻿'s "remarkable 39-minute black and white film Arbeit (Work, 2011)."﻿)

The MSN Movies contributors have compiled their top ten, and frankly, for the sake of sheer navigation at the least, the best way into the feature is via Jim Emerson's guide, in which he notes, "we have short appreciations of the top 10 movies, written by some very perceptive and eloquent people. And me, too." Meaning you'll find James Rocchi on Kelly Reichardt's Meek's Cutoff, Glenn Kenny on Martin Scorsese's Hugo, Mary Pols on Michel Hazanavicius's The Artist, Kat Murphy on David Cronenberg's A Dangerous Method, Sean Axmaker on Certified Copy, Richard T Jameson on Tomas Alfredson's Tinker Tailor Soldier Spy, Jim Emerson himself on Apichatpong Weerasethakul's Uncle Boonmee Who Can Recall His Past Lives, Don Kaye on Alexander Payne's The Descendants, Glenn Whipp on The Tree of Life and Kim Morgan on Lars von Trier's Melancholia.

Time Out Chicago's Ben Kenigsberg and AA Dowd have posted their top tens. Ben's #1 is Margaret: "Kenneth Lonergan's truncated sophomore feature dares to go long and risks imperfection. But it scarcely has a scene that isn't volatile, rich and ambiguous." And AA Dowd's: "Is it a searing divorce drama? A political polemic? A high-stakes courtroom thriller? [Asghar] Farhadi's Iranian masterpiece is all these things and more, though it functions best as a head-spinning procedural, one that turns each viewer into the impartial third party in a thorny legal dispute. A Separation shatters your heart, even as it sends your mind racing with the thrill of investigation." 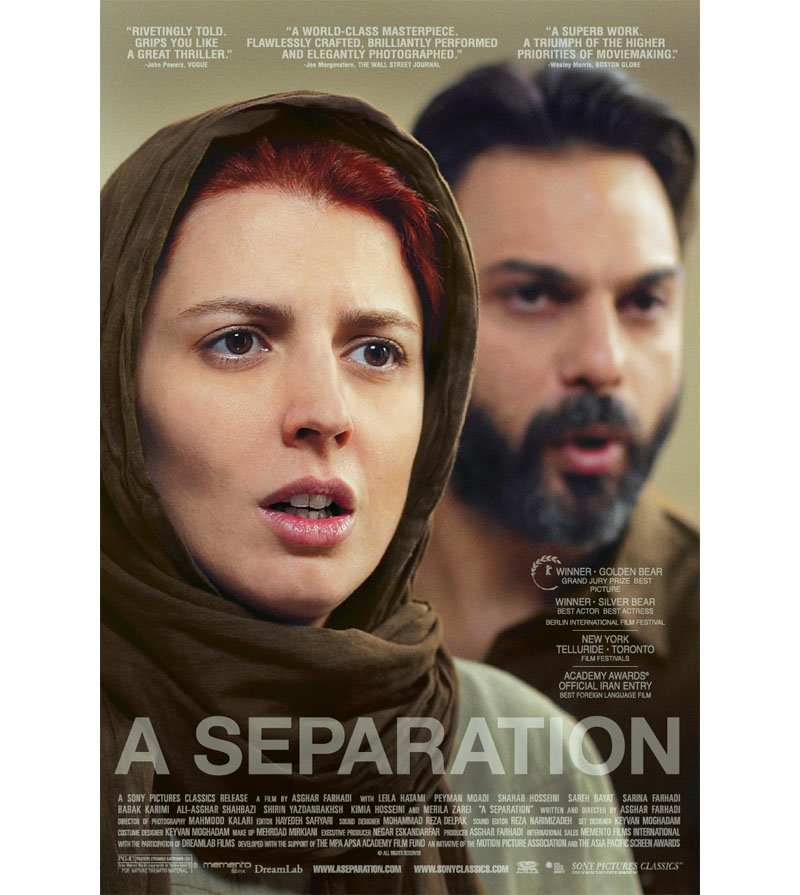 A Separation is Roger Ebert's top pick as well: "This film combines a plot worthy of a great novel with the emotional impact of a great melodrama." His list goes to 20, "leaving out documentaries, which I will list later. To include them on the same list would be ranking oranges and apples." And he adds a good two dozen honorable mentions as well.

Midway through his sweeping overview of the year, the New Yorker's Anthony Lane stops to revel once again in "that bit in JJ Abrams's Super 8… where Elle Fanning, asked to help out with an amateur video, delivered her lines for a gaggle of other teen-aged kids, and, in particular, for the young filmmaker, the Spielberg-in-bud, who pointed his camera toward her. From all the hours I spent in the dark this year, that single scene shone out, for a handful of dazzling reasons. One, it showed a young performer who was herself on the brink of bloom; two, it proved, once again, that, within the filigree of pretense from which film is woven, characters who act out other characters inside a story have a funny, bewitching habit of doubling back and running head-on into emotional truth; and three, with Spielberg as one of the producers, it reminded us of an epoch of filmmaking — call it the age of close encounters with regular, domesticated beings — that can sometimes seem as far away as that displayed in The Artist." 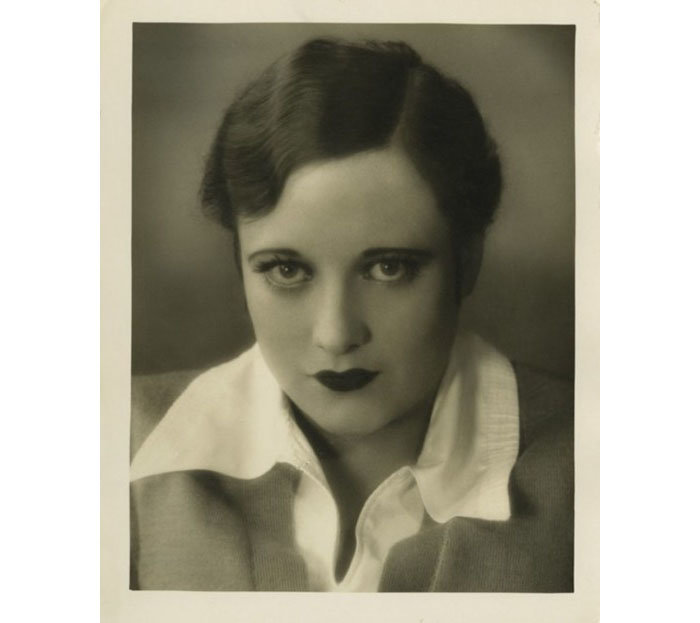 In other news. One of the sites I've enjoyed following most this year has been The Chiseler, launched about a year ago now on the premise that the times are right for revisiting the last Great Depression (we agree). The emphasis is on cinema but The Chiseler doesn't suffer from the all-too-common malady of cinephilic tunnel vision. What's more, it's just a damn fine-looking tumblr. Today, a fresh new round of essays has gone up: Dan Callahan on Eric Linden, Jim Knipfel on Jerome Odlum and Imogen Smith on Joan Crawford and Joan Bennett.

Then there's another find from Catherine Grant, a special issue of Situations: Project of the Radical Imagination, "Global Cinema: Cinéma Engagé or Cinéma Commerciale?," with ten essays "on modern international films and cinemas, including those of Iran, Nigeria, Mexico, Romania, France, China, Argentina, and India as well as on contemporary film festivals and on films documenting the Israeli-Palestinian conflict."

In the works. Rachel McAdams may be joining Noomi Rapace in Brian De Palma's Passion, a remake of Alain Corneau's Love Crime, reports Liza Forman at Thompson on Hollywood.

Jane Fonda, Jeff Daniels and Emily Mortimer are among those cast in Aaron Sorkin's drama for HBO set at a 24-hour cable news network. The Hollywood Reporter has a bit more.

Obit. "Susan Gordon, who as a child actress sang with Danny Kaye and Louis Armstrong in 1959's The Five Pennies and starred in a memorable episode of TV's The Twilight Zone, died Dec 11 of cancer in Teaneck, NJ She was 62." Mike Barnes has more in the Hollywood Reporter. See, too, Gordon's official site.﻿