Hiroyuki Okiura's A Letter to Momo, seven years in the making, opens in Japan next week after a run through the festival circuit and, in the Japan Times, Mark Schilling gives it four out of five stars: "Hayao Miyazaki is the obvious point of comparison, but unlike many of Miyazaki's more fanciful landscapes, Okiura's port is vividly, recognizably real — so much so that you can almost smell the salt in the water and feel the warmth of the stones."

Taipei Exchanges, directed by Hsiao Ya-chuan and executive-produced by Hou Hsiao-hsien, will be screening in cafes throughout Japan starting this weekend. The main attraction there will be singer Kousuke Atari, who "makes a short but memorable appearance as a Japanese tourist visiting a Taipei cafe," notes Tomoko Otake in the Japan Times.

Two related notes. For Time Out Hong Kong, Edmund Lee has a brief conversation with Hou Hsiao-hsien about the state of Taiwanese cinema (via Movie City News) and, in Film Business Asia, Stephen Cremin argues that "there's never been a better time for Directors' Fortnight to step in as Cannes' arbiter of Asian cinema." He offers a wide selection of upcoming films to choose from, too.

Reading. Revisiting Spielberg's oeuvre chronologically, Reverse Shot has now come to Schindler's List (1993). Chris Wisniewski writes near the top of a two-parter that it's "gotten lost somewhere between the reverence characteristic of its popular reception and the highly charged, theoretically driven criticism it received elsewhere… I must say at the outset: this is a movie that is too big, too brilliant, too problematic, and too challenging to ever get one's mind around; one can only hope there is something valuable to be gained, for the writer and reader alike, in the effort." 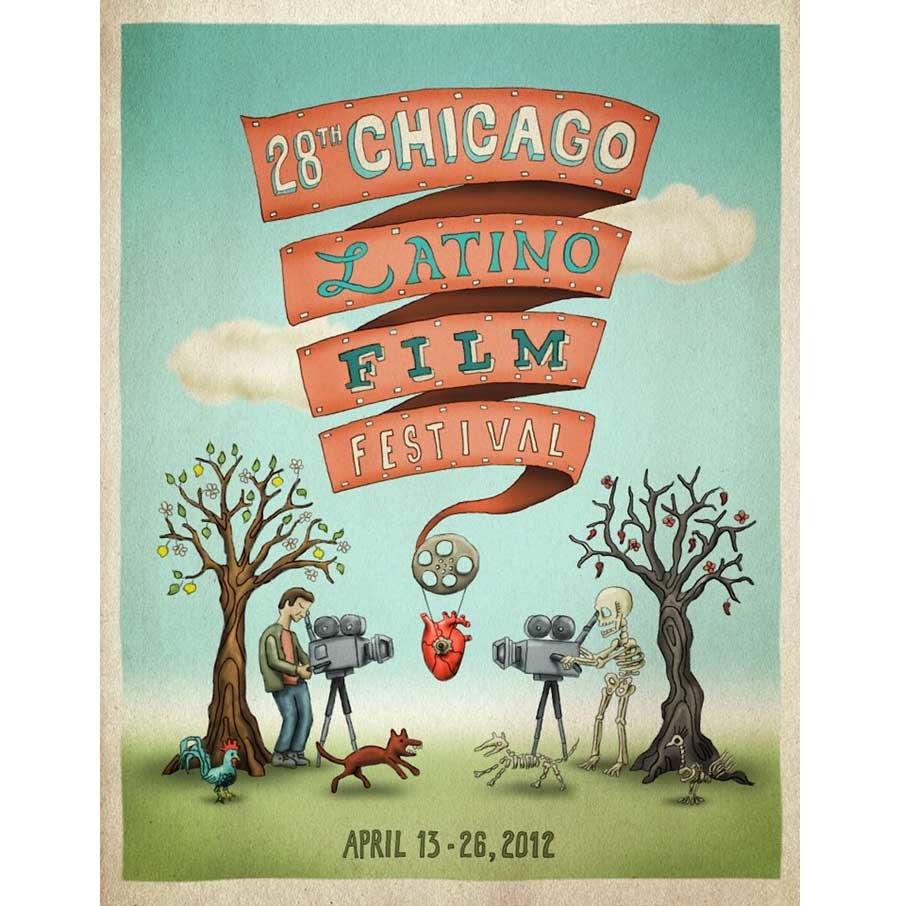 Cambridge. Michael Glawogger's Globalization Trilogy — Megacities (1998), Workingman's Death (2005) and Whores' Glory (2011) — screens through the weekend at the Harvard Film Archive before arriving at the Museum of the Moving Image in New York on Thursday. "The sheer beauty in Michael Glawogger's trilogy of documentaries showing people at work across the globe can be startling," writes Nicolas Rapold in the New York Times. "Whether it's a scene involving an Indian dye worker coated head to toe in ochre, a voluptuous Mexican stripper turned into a touchable goddess by mesmerized men, or a roiling open-air slaughterhouse in Nigeria, Mr Glawogger's spectacles can induce in viewers awe at the visuals, surprise at the intimate access to exotic lives, and perhaps a vague sense of guilt. You might wonder: Is this for real, and is it okay to like it?

New York. Time Out New York's David Fear introduces an interview: "'Oh, it's not hard to talk about a movie like this, even after 45 years,' says Mike Nichols, calling from his midtown office. The 80-year-old director is enjoying a moment in the sun, with his Broadway revival of Arthur Miller's Death of a Salesman — starring Philip Seymour Hoffman — having just opened to rave reviews. But today he's taking a break to discuss another 'loser' near and dear to his heart: Benjamin Braddock, the young antihero of The Graduate who turned Dustin Hoffman into a star and Nichols into an It filmmaker. As Film Forum kicks off a nine-day run of the 1967 comedy, Nichols regales TONY with stories about the making of a classic." Through Thursday. More from Budd Wilkins (Slant, 4/4) and Keith Uhlich (TONY, 4/5).

Also at Film Forum, but through April 24, is Pablo Larraín's Post Mortem, "set during the onset of the Pinochet-led (and US-backed) coup against the nation's socialist government in 1973 — three years before the director and co-writer was born — and it's filled not just with corpses but also the living dead," writes Melissa Anderson in the Voice. More from David Fear (TONY, 3/5), J Hoberman (Artinfo), Mark Jenkins (NPR), Noel Murray (AV Club, B+), Nicolas Rapold (L), AO Scott (NYT), Michael Tully (Filmmaker, where Damon Smith interviews Larraín) and Stephanie Zacharek (Movieline, 7.5/10). Earlier: Reviews from Venice and New York. 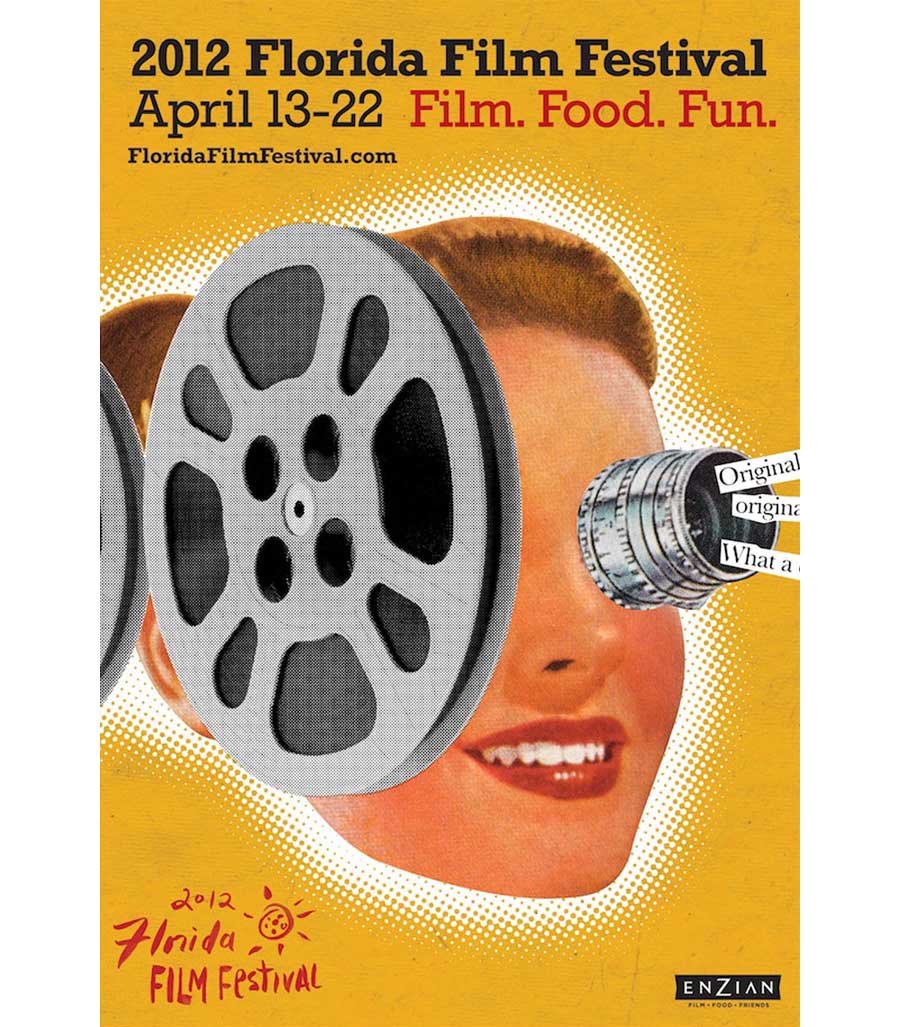 Maitland. The Florida Film Festival's on through April 22.

In the works. "Woody Allen will be shooting his next film in the US, mostly in San Francisco, and 'a tiny bit' in New York," reports Variety's Nick Vivarelli.

Fresh from the Quentin Tarantino Archives: the official synopsis for Django Unchained.

Ruairí Robinson will direct Liev Schreiber, Sally Hawkins and Romola Garaï in The Last Days on Mars, reports Oliver Lyttelton at the Playlist, where Kevin Jagernauth notes that Warner Bros has picked up the rights to Dennis Lehane's forthcoming novel Live by Night for Leonardo DiCaprio.

Listening. "Music is a secret key to my films, it influences the ideas, the rhythms of editing, the mood of films depending on what is dominating my listening at the time, but the music rarely ends up in the finished film, so its there without being there." That's Ben Rivers, talking to Phaidon about the playlist he's put together (which you can listen to via Spotify or iTunes). He's got a paragraph or so, too, on each of his selections.

Obit. "Luke Askew, a character actor perhaps best remembered as the wayward stranger who brings Peter Fonda and Dennis Hopper to a hippie commune in the 1969 motorcycle odyssey Easy Rider, died on March 29," reports Daniel E Slotnik in the NYT. Askew was 80.﻿