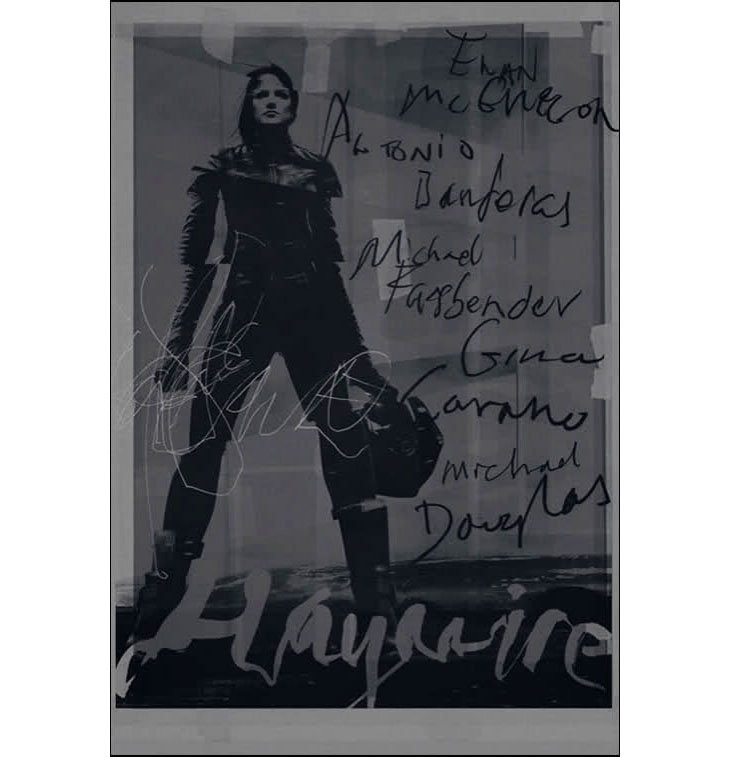 This year's AFI FEST opens this evening in Los Angeles with Clint Eastwood's J. Edgar, closes on November 10 with Steven Spielberg and Peter Jackson's The Adventures of Tintin and, as the Playlist is reporting today, the festival will host the world premiere of Steven Soderbergh's Haywire on Sunday: "Haywire marks the big screen debut of MMA fighter Gina Carano, who takes the lead in the gritty spy thriller written by Lem Dobbs (The Limey) about Mallory Kane, a black ops soldier on a mission of revenge after she's double crossed by one of her teammates. As usual, Soderbergh has assembled a crackerjack ensemble that includes Michael Fassbender, Channing Tatum, Ewan McGregor, Michael Douglas, Bill Paxton, Michael Angarano, Matthieu Kassovitz and Antonio Banderas… 'People really get hit in this film and they get hurt,' the director told us this summer." Update: The Playlist's headline's been tweaked; Haywire is now only "Rumored" to be the secret screening. We'll see this weekend!

"Not only will most of the past 12 months of film festival triumphs be presented," writes the LA Weekly's Karina Longworth, "but Lane Kneedler and Jacqueline Lyanga's programming team has also done an excellent job of cutting a swath through multiple sectors of cinephilia, from international award winners (the Berlinale-topping Iranian drama A Separation; Aleksandr Sokurov's recent Venice champ, Faust) to glam-but-serious studio flicks (Clint Eastwood's opening-night selection J. Edgar; red-carpet galas for My Week With Marilyn and Roman Polanski's Carnage) to the cream of no-budget American indies (such as Brooklyn exports The Color Wheel and Green)."

For more on Green, see Kim Luperi at the AFI FEST tumblr, which is also featuring Katie Datko on Cristián Jiménez's Bonsái and Kelsey Brain on Chantal Akerman's Almayer's Folly — for more on that one, see Michael Guillén's interview with Akerman at Fandor. 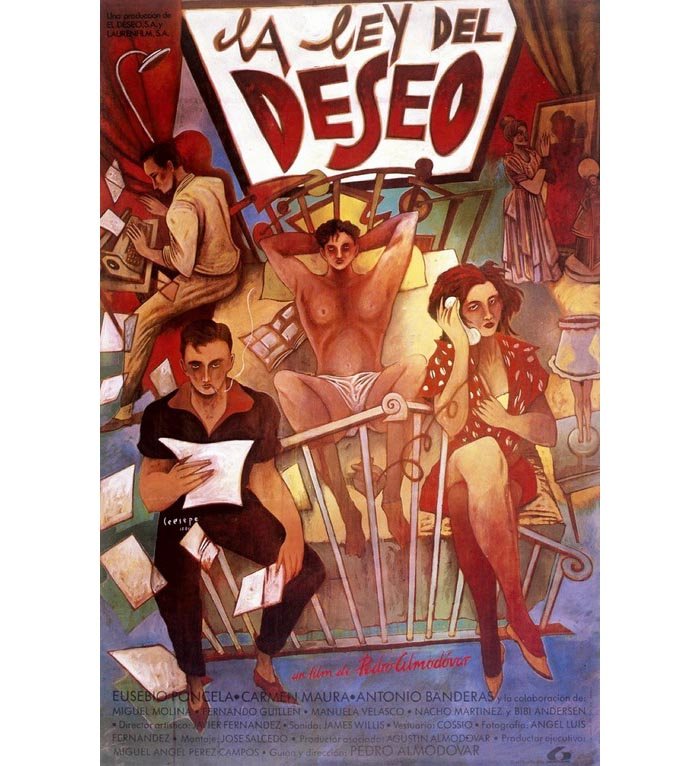 AFI FEST itself is celebrating its 25th edition, and we've selected highlights from its past quarter-century of programming and put together an AFI FEST 25th Anniversary Retrospective. Not every title will be available everywhere, but take a look and see what you can start watching right now.﻿

Update: IndieWIRE asks Bill Morrison (Decasia) about his new film, Spark of Being, a retelling of Frankenstein using found footage.﻿

Updates, 11/4: "AFI Fest is able to gather up the year's best animation and present it in one killer program of short films. Recent work by the Quay Brothers, Spike Jonze, and the BAFTA-winning Michael Please are programmed alongside an impressive number of top-notch pieces by female animators Kelly Sears, Stacey Steers, and the team of Natasha Subramaniam and Alisa Lapidus." At indieWIRE, Kim Adelman presents "a sneak preview of the nine international shorts playing AFI FEST 2011's Short Program One," noting that several of the films can be seen online.

"Ever since the coming to power of Vladimir Putin in Russia, the cinema of Alexander Sokurov, once such a private chamber auteur, has grown bigger and bigger, both in scope and ambition," writes Jeremi Szaniawski at Tativille. "This was much in evidence in his ideologically questionable but technically admirable tour de force Russian Ark (2002), as well as in the 'tetralogy of power', begun in Moloch (about Hitler, 1999), Taurus (about Lenin, 2000), The Sun (about Hirohito, 2005), and brought to a close by Faust… [I]t is not as though Sokurov went through some dramatic transformation with the coming to power of Russia's new Czar: his cinema was always rife with grand, important topics and motifs (Death, the question of existence, the human soul and its destiny). But under the financial and ideological constrictions of the dying Soviet Union or the early, troubled post-Soviet years, the Russian auteur could not give them their fullest, most spectacular expression, opting instead for a sublime, if sedate cinema of decay, of slow and contemplative temporalities. With Faust, however, his most expensive (and expansive, in many ways) project, Sokurov not only crowns the tetralogy and its exploration of the nature of power and the price of the human soul, but also his career as a whole."

More from Paul T Bradley at the AFI FEST tumblr, also now featuring Dennis Cozzalio on Eyes Without a Face, Karina Wilson on Ben Wheatley's Kill List, Melissa Politte on Le cercle rouge, Hye Jean Chung on This Is Not a Film and Kim Ki-duk's Arirang, Joey Ally on Ishmael Ntihabose's Kinyarwanda, Ben Greenblatt on The Color Wheel and his interview with Alex Ross Perry.﻿

"Sophia Takal's Green has been among the most notable debut films on this year's festival circuit," writes Mark Olsen for the Los Angeles Times. "She picked up an emerging female filmmaker prize at the South by Southwest Film Festival, landed on the list of Filmmaker Magazine's 25 New Faces of Independent Film and is a Gotham Award nominee…. A hothouse portrait of female jealousy, competition and desire, the film is about an urban couple (Lawrence Michael Levine and Kate Lyn Sheil) spending time in the country so he can work on a blog about sustainable farming. A neighboring local (Takal) inserts herself into their routine, first striking up a friendship with each of them, before seemingly wanting more, making herself a wedge in their relationship. Imagine a micro-budget back-to-the-country Black Swan, flirting with psychological horror as rural quiet is mined both for its pastoral beauty and creeping sense of menacing unease."﻿

Updates, 11/6: Cristián Jiménez's Bonsái "fancies itself a writerly affair, and it's certainly well-meaning in this regard, but, like its name-dropping characters, it too often overstates its case," finds Michael Nordine at Not Coming to a Theater Near You.

And there's been a slew of fresh reviews at the AFI FEST tumblr since the last update: Joey Ally on Attenberg, Bernardo Rondeau on Béla Tarr's The Turin Horse, Sean Batton on Joachim Trier's Oslo, August 31, Maria Trakovsky on Nuri Bilge Ceylan's Once Upon a Time in Anatolia, Kim Luperi on Clay Liford's Wuss, Paul T Bradley on Werner Herzog's Into the Abyss and Kenneth Morefield on Asghar Farhadi's A Separation and Joshua Marston's The Forgiveness of Blood.﻿

Updates, 11/7: I've posted a roundup on Soderbergh's Haywire, which indeed turned out to be the surprise sneak preview.

Latest at the AFI tumblr: Annabel Campos on Mark Pellington's I Melt With You and Katie Datko on Hong Song-soo's The Day He Arrives and Naghi Nemati's Three and a Half.

IndieWIRE talks with 14 filmmakers with work at the festival.﻿ 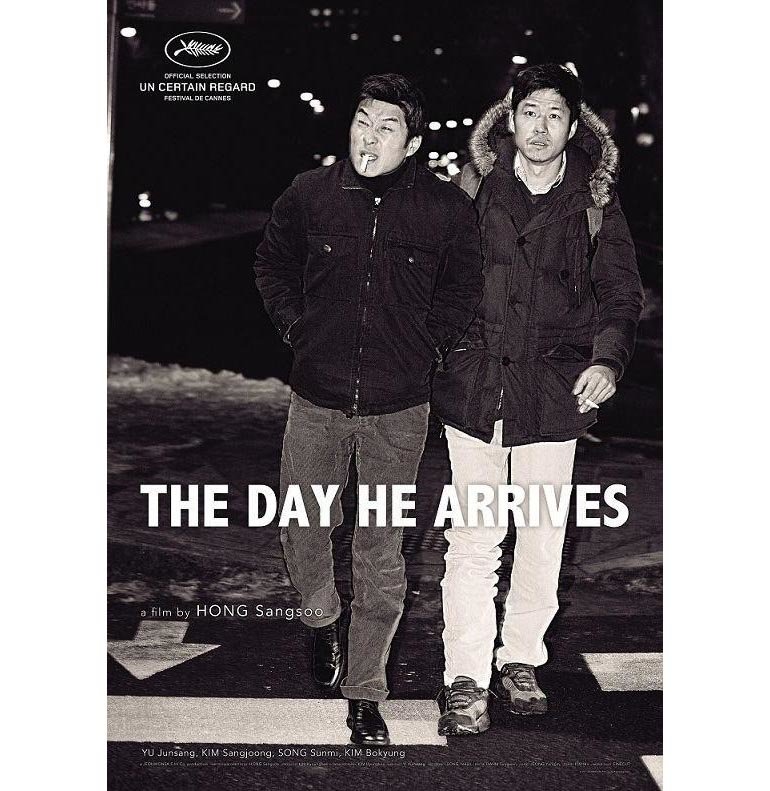 Updates, 11/8: New at the AFI FEST tumblr today: Katie Datko on Julia Loktev's The Loneliest Planet and David Gelb's Jiro Dreams of Sushi, Sean Batton on Bill Morrison's Spark of Being, Kelsey Brain on The Day He Arrives.

And another roundup from Glenn Heath Jr at the House Next Door: This Is Not a Film, Almayer's Folly and Rulsan Pak's Hanaan, in which "hustlers, dealers, and cops all trying to survive the day-to-day rigor of a low-level existence in Uzbekistan."﻿

Updates, 11/9: "On Monday night, AFI Fest Guest Artistic Director Pedro Almodóvar presented his 1987 film La Ley del Deseo (Law of Desire), a dreamy, melodramatic noir about lust, jealousy and violence, starring Antonio Banderas, Carmen Maura and Eusebio Poncela." And Kathleen Walsh was there for the Playlist: "The presentation at Grauman's Chinese Theater began with a series of clips from the past 25 years of films from El Deseo, the film company operated by Almodóvar and his brother Agustin that has produced all of their films to date. During an entertaining Q and A with festival director Jacqueline Lyanga, Almodóvar talked about the themes of his work, his influences, his working partnership with his brother and his longstanding relationships with actors."﻿

At the House Next Door, Oscar Moralde reviews Miss Bala, The Forgiveness of Blood and Ralph Fiennes's Coriolanus.

Just one new post on the tumblr today: Dennis Cozzalio on Nightmare Alley.﻿

Updates, 11/12: The AFI FEST has announced its full list of award-winners and, at Not Coming to a Theater Near You, Josh Bell reviews one of them: "During the post-screening Q&A for her lush lesbian romance With Every Heartbeat, writer-director Alexandra-Therese Keining talked about the importance of making a gay-themed movie that embraced beauty and happiness, specifically not leaving its main characters miserable at the end. Heartbeat does just that, with visuals that often look like they could come right out of a fashion shoot and a giddy dynamic between star-crossed lovers Mia (Ruth Vega Fernandez) and Frida (Liv Mjönes). That level of gloss and positivity also means that Heartbeat sometimes seems a little superficial, like the Swedish lesbian version of a slight American romantic comedy, but its heartfelt goodwill for its characters shines through the contrivances."

And at the House Next Door: Glenn Heath Jr on Faust and Justin Kurzel's Snowtown and Oscar Moralde on The Day He Arrives, Oslo, August 31st and Karim Aïnouz's The Silver Cliff.﻿

For news and tips throughout the day every day, follow @thedailyMUBI on Twitter and/or the RSS feed.﻿﻿﻿﻿